Island Mljet is an unavoidable sailing destination in 2 week yacht charter route Trogir - Dubrovnik - Trogir. Lots of people like to give it superlatives such as the greenest and the most beautiful island on the Adriatic. We recommend you spend at least three days on Mljet to explore all of its beauties. Here are our recommendations:

Passing by Mljet's island Moračnik on the right side, the biggest Mljet bay opens up. Polače is one of two convenient bays where you can safely leave your boat while visiting natural attractions of Mljet National Park. Water depth in the bay is up to 25 meters, and a speed limit of 4 knots is mandatory throughout the bay. South side of Polače bay is full of docks owned by restaurants, with moorings, water and electricity. Quays depths are mostly 3 -4 meters and you can choose from six restaurants in the area. 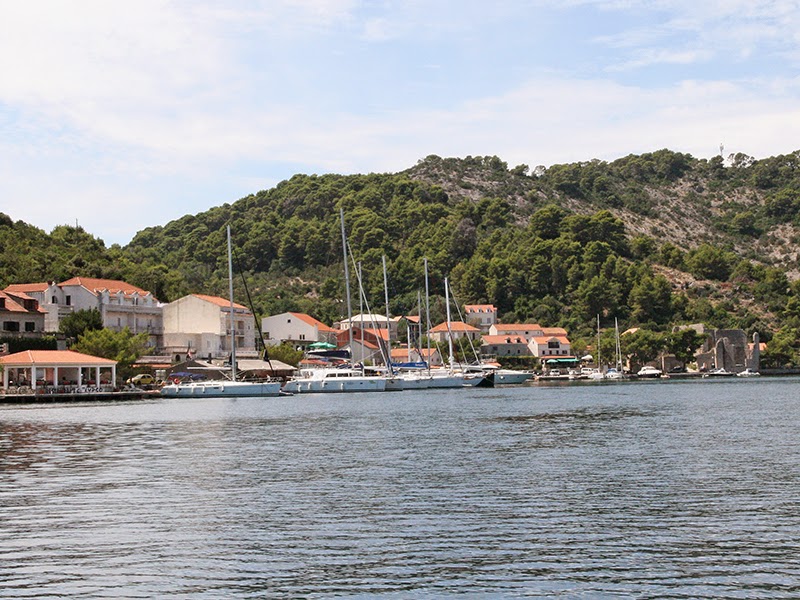 If you are looking for a peaceful and quite place to dock, it might be possible to take one of the moorings on the north side of the bay, opposite the Roman castle ruins. Also, those moorings are owned by restaurants in that part of bay. These may not be so peaceful, but are a preferable option by yachts anchoring inside the bay. Anchor in 7.0 - 8.0 meters depth on the north-west side of the bay, and take a line ashore if preferred. The holding is excellent in mud and weed. Using the bay as a shelter is also a good idea except when strong East winds are blowing. At Polače you may find a grocery shop and souvenir shop. Polače's main attractions are the remains of a Roman palace, dating back to the 5th and 6th century, and the remains of a 5th century early Christian basilica. 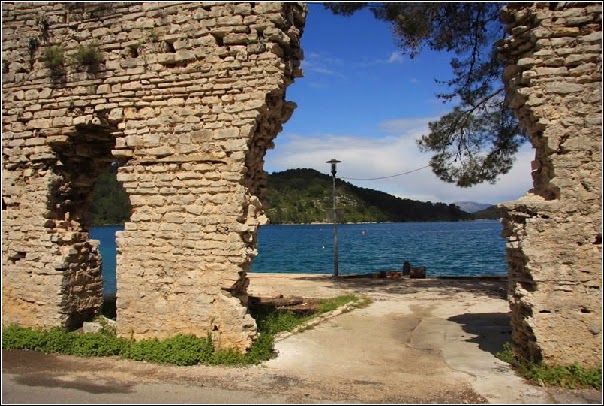 However, the ‘must see’ attractions of Mljet Island are the two interconnected lakes, Malo and Veliko Jezero, at the north-west end of the island. The lakes are in the national park and an entry fee of 100 Kuna per person is payable on mooring in Polače. If you are a nature fan, you’ll gladly spend a whole day in National Park Mljet. You can rent a bike, kayak to explore the surroundings or take a boat taxi to the island of Melita, located in the heart of the great lakes.

On Melita Island you could visit the former Benedictine monastery, and take a break in cafe/restaurant. Beautiful spots for swimming and snorkeling are found right next to Soline village, where the Veliko Jezero (Big Lake) meets the sea.
Posted by Unknown at 8:45 AM No comments:

Take the cash with you or use ATM's? Purchase foreign currency before journey or exchange upon arrival? How much money would I need for one week vacationing? These are typical questions that travelers ask themselves before every journey. We'll give you some budget tips you'll need for a week of sailing in Croatia.

Croatian currency is Kuna. We recommend changing your local currency to Kuna upon your arrival in Croatia because it is cheaper. Exchange offices might charge commission but lots of banks do not. Even if an exchange office gives you better rate, you should rather compare estimated value. Credit cards such as Visa, AMEX, Diners and MasterCard are acceptable in most tourist areas but not all the restaurants accept card payments, so be prepared to use cash.

Most of island towns and places have ATMs linked to international networks. As a foreign card is inserted into the machine, you will be presented with a choice of languages – no need to navigate through Croatian-language menus. The exchange rate you’ll receive will be fairly good, and there may only be a small service charge, which depends on your bank back home – you may want to check before traveling.

You'll probably notice some service providers such as taxis or restaurants accepting Euros as means of payment. Payment in Euros must be taken as an exception; Euro is NOT an official currency in Croatia and NO business or individual is required to accept them as payment. Restaurants’ common practice is having menu quoted in Euros, this is purely due to so many Croatian tourists being from Euro-zone countries – therefore, displaying Euro prices in menus makes it easier for them.
It is difficult to specify a daily budget, but you should think about some extra expenditure; if you’ve hired a skipper, you should provide him food at your own cost. Also anchoring in most of island bays and harbors are chargeable, general 200-300kn per day, depending on the boat size. Fuel is probably the most important expense - you shouldn't worry about finding a tank station along the way, our skipper will include them in a route plan. Tourist tax (1€/day/person) is charged only once upon arrival to the charter base.
Tips are not usually included in the final price whether in cafes, restaurants or pubs, so we suggest you tip if you were pleased with the service provided. Usually a 10% tip is considered acceptable.
Posted by Unknown at 7:02 AM No comments:

How to prepare yourself for sailing in Croatia 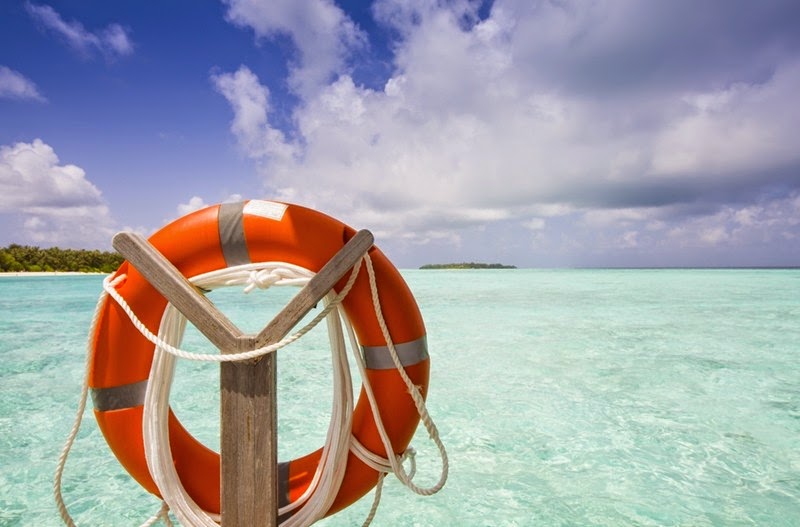 You want to book one week bareboat charter and you decided to go sailing around the Adriatic, but you have never sailed before and this will also be your first time visiting Croatia. You are very excited and can't wait for the holidays to begin, but you have no idea how to prepare yourself for a week on the sea - what to bring, how much money to take, what to wear… Relax, we are providing the most important information and tips you'll need before starting your sailing adventure through Croatian islands.

Insurance
Before you start on the trip to one of our charter bases (Trogir or Primosten), we recommend you pay travel insurance, as well as cancellation insurance. Those insurances should cover cancellation, delay, medical and repatriation expenses. Both types of insurance are not mandatory, but we recommend them to our clients. If you are interested, just let us know and our partner Yacht-Pool will give you the best offer according to your needs. 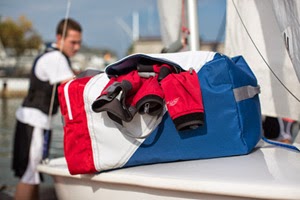 First of all, think about luggage you'll pack your stuff in. The most practical bags for bareboat are soft bags – a duffle bag. It is much easier to store a soft bag when you unpack, then a hard case. First rule being on board is practicality, so try to keep that in mind when you pack.  Bring your own towels for swimming and showering. Extra towels (2 in a set) will be charged 5€ per set, should you need some. No need to worry about bed linen, clean ones will be provided on board.    Do not forget sun protection cosmetics. Though all of our sailing boats have bimini, it doesn't hurt to wear a hat and a comfortable long-sleeved shirt while sailing. You won’t notice sun burning on your skin because of the wind, but you'll feel it later. Also you should wear sneakers while sailing, you wouldn’t want to hurt your toes on boats rigging. Although the days are warm with approx. 33°C, nights on the sea can be chilly so don't forget to bring warm clothes too. Snorkeling and fishing gear aren't standard equipment on our sailboats, so let us know if you’ll need them, we'll add the items on your provisioning list. All boats in Trogir and Primosten bases are equipped with power converter 12V to 220V, electricity up to 300W which is enough to charge mobile phones, digital cameras, laptops, etc. Croatia uses the standard European 2 point plugs so bear that in mind and let us know if we can help you find an acceptable plug if you haven’t any.  So here are a few important things you should think about before your arrival. Regarding every other request, concern or wish you should inform Dalmatia Charter team. We will supply you with a provisioning list and prepare everything before your arrival, so you can have the most relaxing and enjoyable sailing vacation in Croatia.
In our next article we'll talk about Croatian currency and other things you should know regarding payments in Croatia.
Stay tuned!
Posted by Unknown at 5:33 AM No comments: